What is Food Grade Hydrogen Peroxide?

Stabilizers should never be ingested, so it is very important to purchase food-grade hydrogen peroxide if you are going to use it as a mouthwash or toothpaste, take it orally, or use it in food preparation. 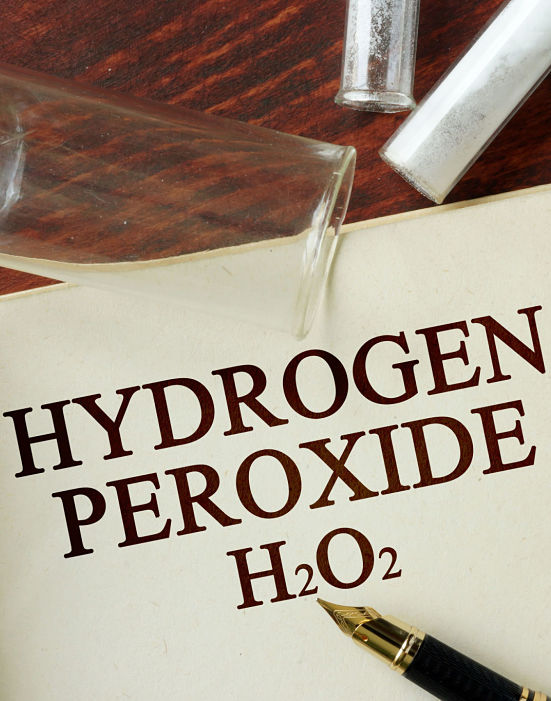 Food grade hydrogen peroxide (FGHP) has an incredibly wide range of uses in your home, in your beauty routine, and in medical applications.

When diluted, FGHP can be a useful and inexpensive addition to your dental care routine. Diluted food grade hydrogen peroxide makes an excellent mouthwash or toothpaste. It whitens your teeth and provides a boost of oxygen which kills bacteria.

Full strength FGHP is excellent for cleaning and sanitizing your toothbrush. To use hydrogen peroxide as a mouthwash, make a 3% concentration and swish for half a minute to a minute. For toothpaste, make a paste using baking soda and 3% hydrogen peroxide. A 3% dilution is also very effective as a denture soak. Soap for 30 to 60 minutes or overnight.

A 3% solution of FGHP soaked onto a cotton pad makes a lovely face cleansing toner. A cup of 35% hydrogen peroxide added to a full bath may have detoxifying and energizing effects. A 3% solution in a gallon of hot water can make a lovely foot relaxer or soak for athlete's foot. 3% dilution rubbed under your arms is a great natural deodorant and cleanser.

For a quicker cleaning option, spray the vegetables with a 3% hydrogen peroxide solution, wait a few minutes, rinse and dry.

It can be a highly effective meat, poultry or fish marinade ingredient since it offers great tenderizing and the oxygen bubbles move flavor into the meat. It is important not to use aluminum when marinating since it will affect flavor.

Place your meat, poultry, or fish in a glass, ceramic, or stainless steel container and cover completely with 3% hydrogen peroxide. Cover loosely and let it sit in the refrigerator for half an hour or an hour before rinsing and cooking.

Hydrogen peroxide is useful for cleaning more than yourself and your food. You can use it to disinfect your cutting boards and countertops and clean sponges and dishcloths. It's useful for sanitizing all sorts of hard surfaces in your kitchen, like the refrigerator, microwave, and small appliances.

FGHP effectively kills viruses and bacteria by destroying their cell walls but it breaks down into harmless water and oxygen, which means that this is a very safe product to use around kids and pets.

A spray bottle of 3% dilution is perfect for all kinds of household cleaning, including against mold. It takes about six minutes for hydrogen peroxide to destroy viruses and bacteria, so always let it sit when using it for household cleaning.

If you are dealing with a serious mold problem, especially in one particular room, 1/2 cup of 35% hydrogen peroxide in 2 gallons of water in your humidifier can eliminate mildew in the room and prevent it from reforming.

Outside of disinfecting small cuts and scrapes on the skin and in the mouth, there is little scientific evidence that FGHP has advantages medically. In fact, many doctors now recommend not using hydrogen peroxide on scrapes and injuries because it kills healthy cells as well as sick ones.

Nevertheless, there is a strong alternative health movement that advocates the use of FGHP for a variety of maladies. Hydrogen peroxide is said to be effective at treating acne and funguses in the skin. It can ease ear infections and skin mites as well as help soften calluses and corns. Some advocates of food-grade hydrogen peroxide believe that many diseases in the body are caused by low levels of oxygen and that this can be remedied with the high oxygen content of hydrogen peroxide.

An ounce of 3% hydrogen peroxide diluted in a quart of water can be misted over plants or used to water plants to boost growth. The increased oxygen content in their roots will encourage plants to absorb more nutrients. An insect spray can be made by stirring a cup of white sugar with 5 to 8 oz of 3% diluted hydrogen peroxide. Simply spray over wherever you have an insect problem.

In some cases, the stomach ruptures, but it is more likely for gas to enter the veins and arteries. These bubbles can block a blood vessel, leading to a heart attack or stroke.

Almost 14% of patients experienced a cardioembolism, with blood flow to the heart blocked partially or totally. 7% of patients died following their ingestion or sustained a long term disability as a result. The effects of ingesting hydrogen peroxide were often not immediate. Serious effects like seizures, heart attacks, strokes, respiratory distress, and altered mental state sometimes occurred as long as 25 hours after ingesting peroxide.

Because this substance is so powerful, it is absolutely essential that you store it safely, label it appropriately, and only buy from a reputable source. 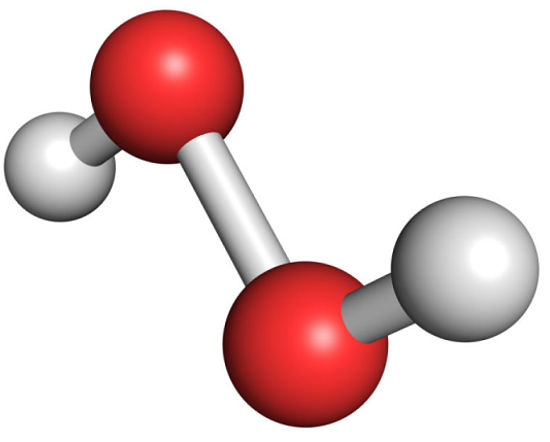 Lower concentrations, such as 3% or 6%, would freeze in the freezer, so these should only be stored in the refrigerator. Hydrogen peroxide degrades in sunlight so it should always be stored in a dark-colored container. Wherever you store your hydrogen peroxide, it is absolutely essential that it is very clearly labeled and out of the reach of children.

It is important that you purchase your food grade hydrogen peroxide from a reputable source who is clear with you about both the benefits and the risks of this powerful substance.  FGHP can offer all kinds of benefits in everything from health and beauty to food storage and cooking utensils sanitation.

It is a wonderful alternative to harsh and abrasive cleaners like bleach or chlorine, but it is equally effective against viruses and bacteria. Do your research, prepare safe storage, and buy your high-quality food grade hydrogen peroxide from a trusted local health food supplier like Omega Health Foods.